Deprecated: Function Elementor\Widgets_Manager::register_widget_type is deprecated since version 3.5.0! Use register instead. in /home/u769399211/domains/sikkimkrantikarimorcha.org/public_html/wp-includes/functions.php on line 5383
 ABOUT P S GOLAY – Sikkim Krantikari Morcha 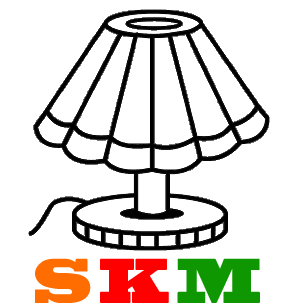 After completing his schooling from Soreng Senior Secondary School, he went to Darjeeling Government College and studied till graduation. After graduation he worked in Rural Development Department, Bank and subsequently in Education department for a few years. He had a strong feeling about the life and miseries of poor and hapless people, so in a view to lend a hand to the common people, started social service and ultimately joined Sikkim politics in 1993.

About P S Golay Or His Personal Site 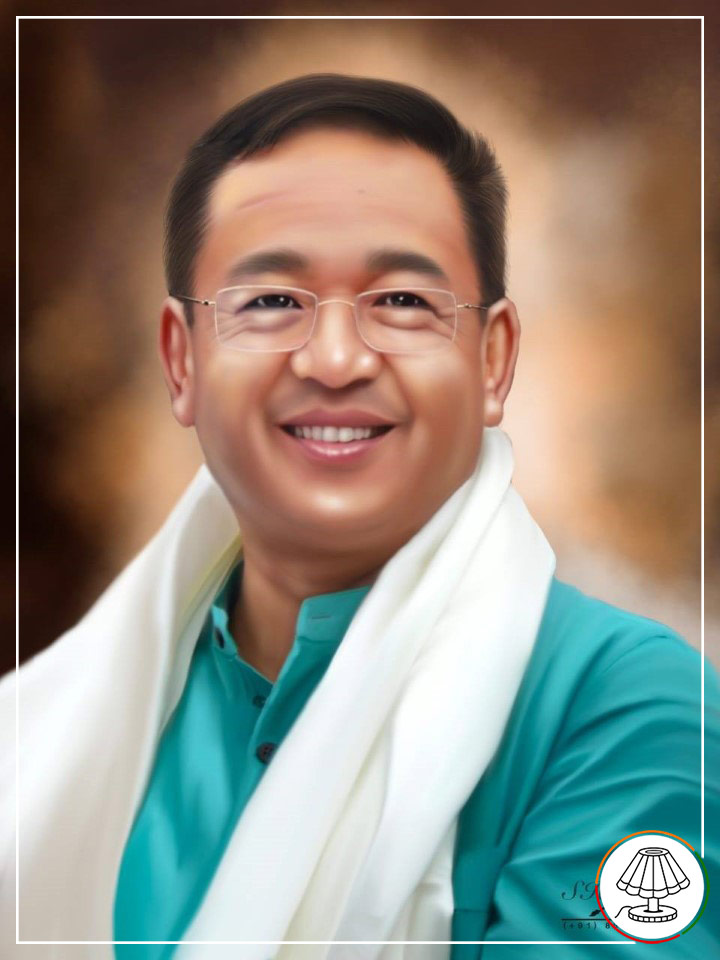 On 5th of Feb a cold starry misty night a boy was born to Kalu Singh Tamang and Dhan Maya Tamang. That night a leader was born, one who would go on to rule Sikkim and make it a prosperous place.

He graduated with a degree in Bachelors of Arts from Darjeeling Government College in 1988. After graduation, he worked as a teacher in a state-run school. This journey taught him much more about what Sikkim needed. He was not satisfied with this job as he was destined for greater things and his heart lay with the people of Sikkim

In 1990, he was appointed a graduate teacher under the HRD Department in the Government ofSikkim and served until 1993.

Finally, due to his active interest in social work and politics, he resigned from the government school and started participating in the political activities of the SDF (Sikkim Democratic Front). Due to his hard work and dedication he quickly rose through the ranks in the party. Also growing in popularity among the people of Sikkim, he was elected to the Sikkim Legislative Assembly in 1994.

During his affiliations with the SDF party, he served as State Youth Convener and Vice President. These tiny steps in politics set his foothold on the pathway to his destiny that awaited him. From 1994 to 2004, Golay was elected as the Minister for Animal Husbandry and Industries for two consecutive terms. And between 2004 and 2009, he was the minister for Building and Housing Department.

But, 2009 was the turning point of his political career. Even after winning from Burtuk constituency, he was denied ministerial seat instead he was nominated as the Chairperson of the Industries Department. Golay refused to accept the post of chairman.

He organized the “Parivartan Sankalpa Yatra” which kicked off on Nov 27th 2009. As the name suggests it was an oath taken by PS Golay for change and he embarked on a journey that would make history in Sikkim. He travelled engaging people at the grass root levels state wide and knowing more about their grievances and problems and making them realize that a change was coming and they would have to vote for it and welcome the change.

It was at the Rolu playground on December 21, 2009 that Golay had announced his revolt against the SDF government, and especially against Chief Minister Pawan Chamling. He believed it was time for a change of regime and wanted the people of Sikkim to vote for change and put an end to the nepotism of the SDF party. This event would popularly be known as the “Rolu Picnic”.

A revolt is not taken lightly by those who we are revolting against. So Golay faced threats and obstacles like any other revolutionary but he never backed down. He was braver than his opposition thought and bigger than the obstacles they put on his way. He kept moving forward and finally on February 4, 2013, Golay launched the Sikkim Krantikari Morcha (SKM) at Soreng in West Sikkim district, with the primary aim to end the reign of Chamling and his SDF. Finally, the dream for change was right within his grasp.

Within a year of its establishment, SKM in the assembly election in 2014, won 10 of the 32 seats in the Sikkim Legislative Assembly. He was also elected as an MLA from Burtuk Constituency. The same constituency where he was denied a ministerial berth in 2009. This shook the SDF Party as they had been ruling Sikkim with no opposition for so long.

As history teaches us the powerful will never welcome change if it threatens their power and so on January 13, 2017, he was disqualified from the Sikkim Legislative Assembly after being convicted for misappropriating government funds. He landed in jail, and was behind the bars for a year, and was released from jail on August 10, 2018.

On July 10th 2019 he visited the jail he served his sentence in. Accompanied by the jailer and the locals he met with the inmates and spoke about the support the central jail would get from the state regarding renovations, gym and other facilities. He also recollected how well he was treated by the inmates and staff and that at the end of his jail term he actually cried because he was treated so well. This speaks volumes about the man and his character.

Although he won in the assembly elections, the people of Sikkim who had voted for a political change, were not sure about Golay becoming the next Chief Minister of the state because as per the law, he cannot contest elections till August 9, 2024 but despite the legal barriers and all the other barriers, Golay is now the 6th CM of Sikkim.

The strong pillars of PS Golay

Among the many faces who came forward to dedicate themselves to become one of the confidants in the political struggle for change initiated by PS Golay after the formation of Sikkim Krantikari Morcha, Kunga Nima Lepcha is one such figure whose name is taken with utter respect. After joining the party soon after its formation, Kunga Nima Lepcha and Sonam Lama have been the two strong hands of PS Golay who have not waivered or abandoned him even in desperate and grave situations. 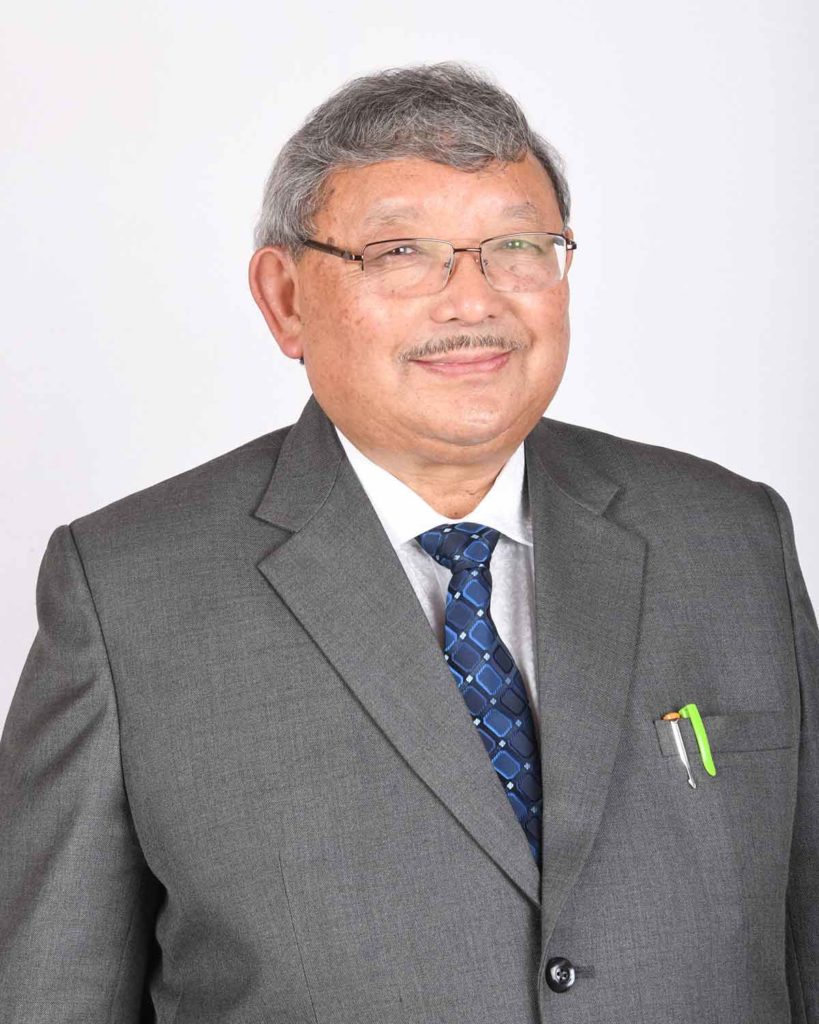 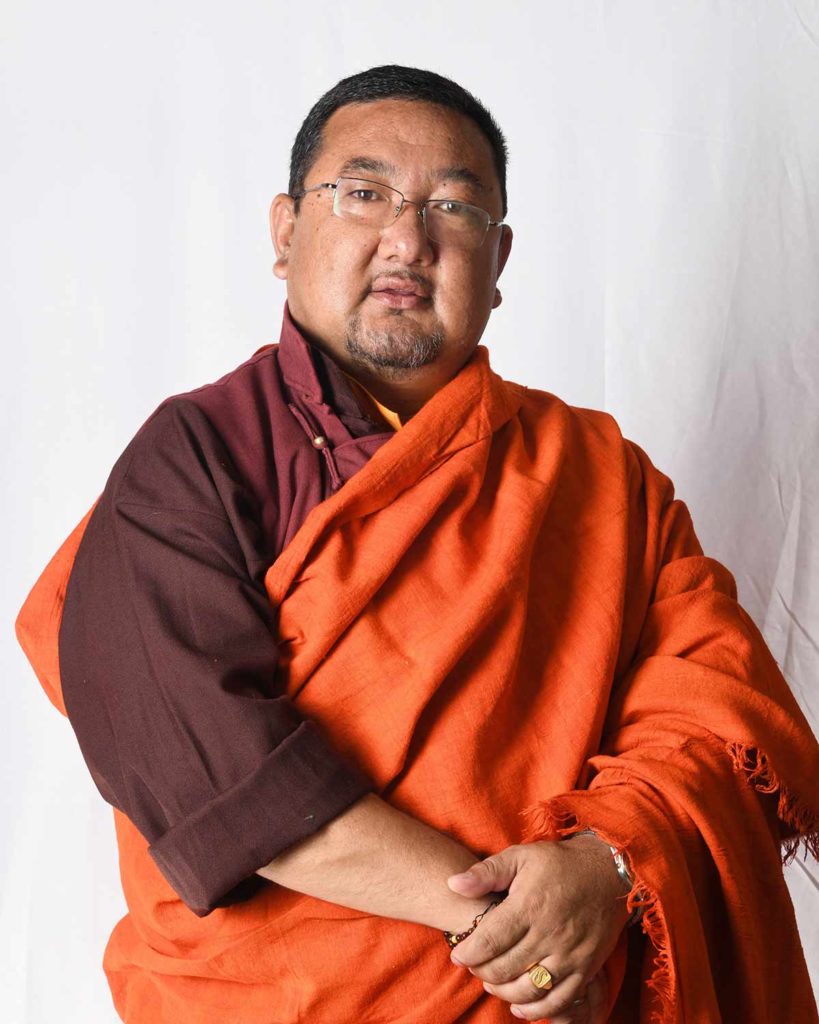 Suffocated to the brim from the oppressive and autocratic rule of SDF, while searching for alternative leader for the change, they found hope in the combative leadership of PS Golay.

Read More About them

Justice should prevail till the grass root level. We will be successful in reaching out and trying to uplift them all. There should not be any political discrimination.

Read More About his vision